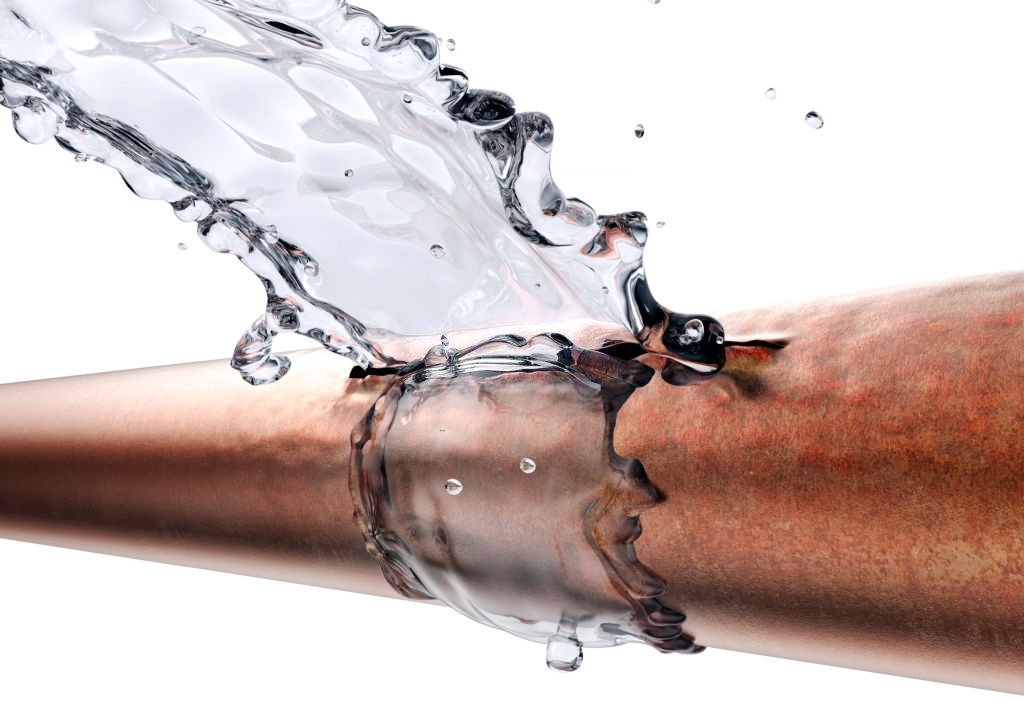 Pipes can burst for a variety of reasons, a common one is frozen pipes. This is especially a problem in Canada, as the winters do get quite cold. Water pipes are prone to freezing in the colder months, and water tends to expand quite a lot when frozen. This can lead to pipes bursting from the internal pressure of freezing water. This can be solved by identifying which pipes in your home are prone to freezing, and properly insulating them. The more common ones are pipes near the outside of the home, the garage, the attic, and generally areas that are less insulated than the rest of your home. Allowing warm air to circulate around your home also goes a long way to making sure pipes do not freeze on particularly cold nights.

Another reason pipes might burst if due to clogging of the pipes. The build up of minerals in older pipes tend to get clogged fairly easily, but if your home was built relatively recently, you likely do not have to worry about this. If any other debris is introduced to the water system, this can weaken the pipes, causing them to burst with any expansion.

Should you be dealing with a burst pipe, it is imperative that you be able to shut the water supply off. Take the time to familiarize yourself with the main water supply valve in your home. If you’re in an area where you do not have access to this, like an apartment building, contact the relevant parties as soon as possible to get the water supply shut off.

Once you have that under control, do not hesitate to call us, we can provide fast emergency plumbing services to ensure that the impact a burst pipe has on you is kept to a minimum.

There are some DIY measures you can take before we arrive to have a better control of the situation and mitigate any possible water damage. The most simple of which is being having pipe clamps, these are common tools that are readily available at home hardware stores. They are simple to use and can be used fairly easily to clamp up a burst pipe as long as the damages area is not too large. If you do not have a pipe clamp at the ready, you can fashion one yourself out of any clamps you have and some rubber lining to plug the damage parts of the pipe.

Get a Quote Today!

No hassle, no commitment.